You are here: Home / Featured / Prayers for rain and the classist discourse in the drops 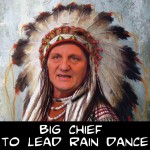