You are here: Home / Antonia Darder 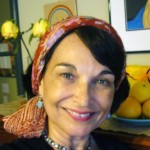 Antonia Darder is a distinguished international Freirian scholar. She holds the Leavey Presidential Endowed Chair of Ethics and Moral Leadership at Loyola Marymount University, Los Angeles and is Professor Emerita of Education Policy, Organization, and Leadership at the University of Illinois Urbana Champaign. Her scholarship focuses on issues of racism, political economy, social justice, and education. Her work critically engages the contributions of Paulo Freire to our understanding of inequalities in schools and society. Darder’s critical theory of biculturalism links questions of culture, power, and pedagogy to social justice concerns in education. In her scholarship on ethics and moral issues, she articulates a critical theory of leadership for social justice and community empowerment. Her work also engages issues of culture and its relationship to recent developments in neuroscience. She is the author of numerous books and articles in the field, including Culture and Power in the Classroom (20th Anniversary edition), Reinventing Paulo Freire: A Pedagogy of Love, A Dissident Voice: Essays on Culture, Pedagogy, and Power and Freire and Education. She is also co-author of After Race: Racism After Multiculturalism; and co-editor of The Critical Pedagogy Reader, Latinos and Education: A Critical Reader, and the forthcoming International Critical Pedagogy Reader.