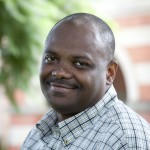 Handel Kashope Wright was Canada Research Chair of Comparative Cultural Studies and is currently Professor and Director of the Centre for Culture, Identity and Education, University of British Columbia. He is co-editor of the book series African and Diasporic Cultural Studies (University of Toronto Press), Associate Editor of Critical Arts and serves on the editorial board of several cultural studies and education journals and book series including the International Journal of Cultural Studies; Postcolonial Studies in Education; the University of East London’s Radical Cultural Studies and Cardiff University’s Critical Perspectives on Theory, Culture and Politics (both Rowan and Littlefield). He has published extensively on continental and diasporic African cultural studies (e.g. Africa, Cultural Studies and Difference, with Keyan Tomaselli, Routledge, 2011), critical multicultural and anti-racist education (e.g. Precarious International Multicultural Education, with Michael Singh and Richard Race, Sense, 2012) and Africana identity and representation (e.g. The Promised Land: History and Historiography of the Black Experience in Chatham-Kent and Beyond, with Boulou de B’beri and Nina Reid-Maroney, University of Toronto, 2014). His activist work has included several terms on the working board of the Highlander Educational and Research Centre in Tennessee, and work with and on youth identity and representation in (post)multicultural communities.