You are here: Home / Ian Parker 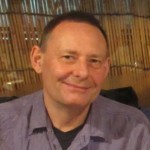 Ian Parker is co-founder (with Erica Burman) and current co-director of the Discourse Unit which is an interdisciplinary networking resource for radical academics, and which hosts Annual Review of Critical Psychology (an open-access peer-reviewed online journal). He is Professor of Management at the University of Leicester. He was involved in radical psychology groups, including Psychology, Politics, Resistance (the newsletters of which are on the Discourse Unit site). He is interested in therapy (and is trained as a psychoanalyst), but is more interested in social change (is a Marxist).