You are here: Home / Richard House 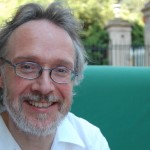 Richard House (MA (Oxon), Ph.D., C.Psychol.) is a freelance educational consultant/campaigner in Stroud, UK. Formerly Senior Lecturer in Early Childhood, University of Winchester (2012-14), Richard lectured in psychotherapy at the University of Roehampton, 2005-12. He is Co-Editor of Self and Society: International Journal for Humanistic Psychology, Associate Editor of Psychotherapy and Politics International, and Theory Editor of the European Journal of Psychotherapy and Counselling. A founder-member of the Independent Practitioners Network and the Alliance for Counselling and Psychotherapy, Richard is a trained Steiner Kindergarten and class teacher, with books on education including Too Much, Too Soon? – Early Learning and the Erosion of Childhood (editor, Hawthorn Press, 2011) and Childhood, Well-being and a Therapeutic Ethos (Karnac, 2009; co-ed. Del Loewenthal). Practising as a counsellor/psychotherapist between 1990 and 2007, his books on psychotherapy include In, Against and Beyond Therapy (PCCS, 2010) and Against and For CBT (PCCS Books, 2008) (the latter co-ed. Del Loewenthal). A founder-member of the Open EYE Campaign, Early Childhood Action, and the Save Childhood Movement, Richard contributes regularly to various professional education publications, and to the professional psychotherapy literature. He organised the three pressOpen Letters on the state of modern childhood in 2006, 2007 (both with Sue Palmer) and in 2011. Particular current interests include: early child development; the ‘audit culture’ in education; the psychodynamics of learning and teaching; play and pedagogy; post-structuralist and transmodern approaches to ‘research’; and the work of Rudolf Steiner and Maurice Merleau-Ponty. Richard is Education and Early Years Editor for Hawthorn Press, and works with the Ruskin Mill Field Centre in Nailsworth. Correspondence: richardahouse@hotmail.com